Since its inception in 2015, Austin’s Community First! Village has become a thriving neighborhood where over two hundred people from all walks of life call home. Now, as its mission expands into an ambitious second phase of development, special care is being taken to preserve the community bonds that have earned the neighborhood national recognition. 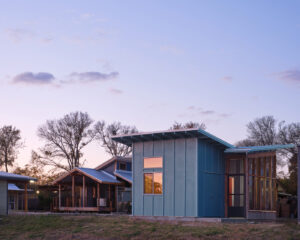 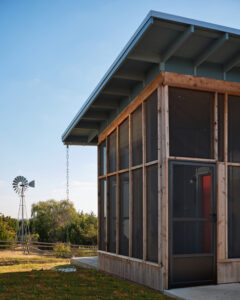 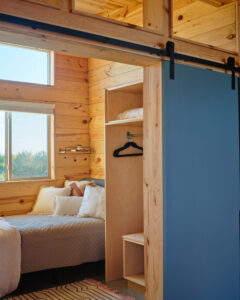 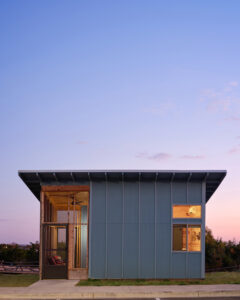 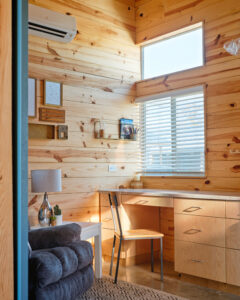 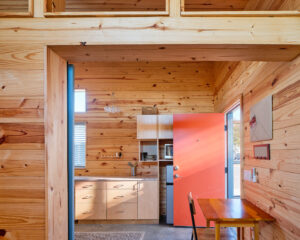 Welcome to my man cave!” Jesse says with a grin from his recliner as he flips between channels on his TV. Perched only a couple steps inside his breezy, screened porch, he’s in the perfect spot to tend to his plants, watch his shows, and chat with passing neighbors – all without leaving the comforts of his handsome, 200 square-foot micro home.
That is, of course, by design.

Jesse and his home are part of an exciting new chapter being written at Community First! Village, a 51-acre neighborhood developed by local nonprofit Mobile Loaves & Fishes and built specifically for those transitioning out of chronic homelessness.

“We’re here to empower the community around us to a lifestyle of service with the homeless. We’re not providing a gift; we’re inviting others to walk with us and help us build relationships.”
– Thomas Aitchison 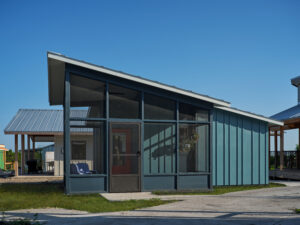 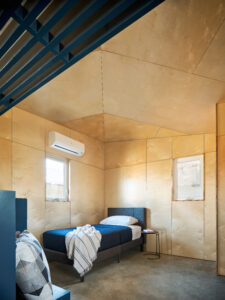 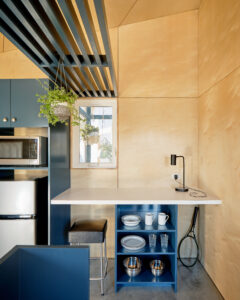 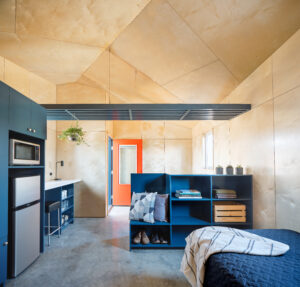 Comprised of a variety of ad hoc housing typologies intended to foster and reinforce relationship building, the campus has become one of the nation’s leading neighborhood models seeking to empower homeless individuals with permanent places to live with a strong sense of community.

“There’s an eclectic mix of homes here, and residents have the ability to choose what home to live in. Having that choice is dignified, and dignity is empowering,” explains Communications Director Thomas Aitchison.

That sense of empowerment is palpable everywhere at Community First!. A typical day sees the neighborhood teeming with activity. Hundreds of neighbors supported by hundreds more weekly volunteers live and work together, making use of shared facilities that include a market, outdoor theater, automotive shop, clinic, organic gardens, art studios, entrepreneurial maker spaces, and more. 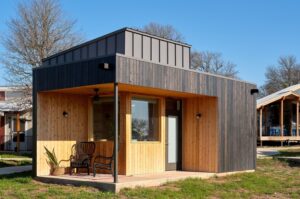 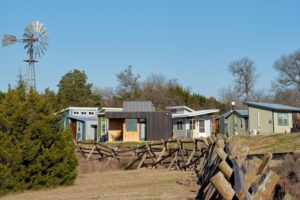 With approximately 230 homes built during “phase one” nearing maximum occupancy, the community is in the midst of a thoughtful and ambitious multi-year plan to scale its mission even further by providing hundreds more homes and support facilities to the growing neighborhood.

The scale of this work cannot be overstated. By the completion of this second phase, anticipated at the end of 2022, Community First! expects to house about 500 formerly homeless individuals: a figure that represents nearly a third of the chronically homeless population living on the streets of Austin today.

Sarah Saterlee, staff architect, explains that the scale of these initiatives has required a specific, community-focused growth strategy. “As we expand to 500 homes, our growth process has had to become more formal. But it’s not enough to just add hundreds of homes.” She continues, “Housing is a means to an end, and the community that has been built here is what makes us work. So, we had to ask ourselves, ‘How do we scale without losing that?’”

“Communities that currently live on the street still use their physical environments to create community. Our job is to preserve those lessons of community in the permanent neighborhood we are building here.”
– Sarah Saterlee 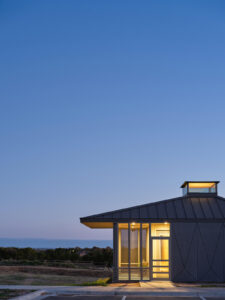 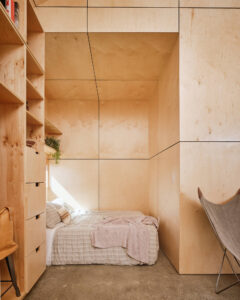 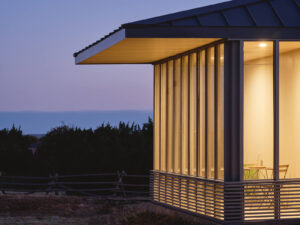 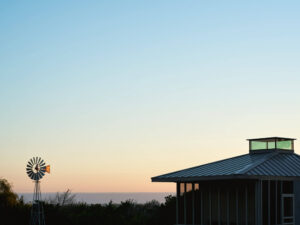 That’s where residents like Jesse, one of five carefully chosen “seed neighbors,” come into the picture. Over the course of about a year, Jesse and other seed neighbors worked with teams of local architects and builders to design the next generation of micro homes planned for the community’s second phase, currently under construction and recently welcoming its first new neighbors.

Drawing upon the expertise of being an existing member of the community, neighbors like Jesse became crucial consultants and advocates for themselves and future neighbors. The design process also saw pro bono contributions from teams that included Michael Hsu Office of Architecture, McKinney York Architects, THOUGHTBARN, Jobe Corral Architects, and Chioco Design.

“The relational model we have pioneered isn’t happening anywhere else in the country, yet. We know we have a lot of eyes on what we are doing here in Austin.”
– Thomas Aitchison 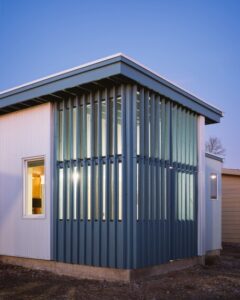 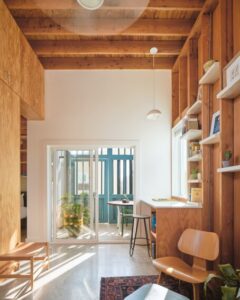 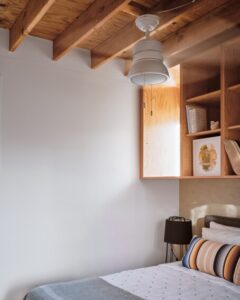 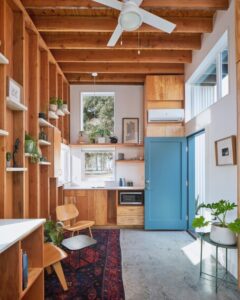 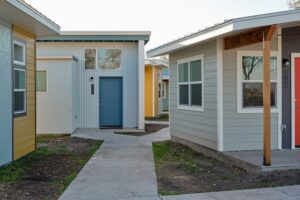 The result of this intimate collaboration is a variety of considerate, replicable homes that were ultimately designed by neighbors, for neighbors. Special consideration was given to issues of privacy, light, aural stimulation, and security: a few examples of how these homes are not only highly specific to their individual seed neighbors but also broadly tailored to needs of men and women coming out of chronic homelessness.

The five new micro home models will be repeated 5-6 times each throughout phase two, organized in clusters around shared cooking and cleaning facilities that serve about 25 homes each. As each seed neighbor moves into his or her new home, they become ambassadors for the community, providing leadership and social continuity to the newest areas as they become populated.

Other amenities planned for phase two include a large, common “living room” which will function as a multipurpose gathering and hangout space, as well as additional offices for support staff. This specific amenity was one of the first needs identified in the neighborhood’s phase one post-occupancy study, conducted in 2018 in partnership with AIA Austin’s DesignVoice committee and co-led by Shelby Blessing of Page Architects.

As Austin continues to grapple with issues directly affecting its homeless population, the compassionate and proactive initiatives undertaken by Community First! and its myriad partners are unrivaled.

During a time when many Austinites are looking for ways to contribute to something bigger than themselves, the neighbors, staff, and volunteers at Community First! are ready with open arms.