This Saturday, April 28, Preservation Austin hosts its 26th annual homes tour. The theme is “Into the Woods,” as the seven postwar homes featured are all located in the Cherrywood, Delwood and Wilshire Wood neighborhoods in East Austin.

Indeed, many homes in Central Austin were built in the mid-century and reflect the simple, functional design characteristic of the time.

Two of the homes, on Delwood Road, belong to Ada Corral and Camille Jobe, neighbors who are also partners of the local firm Jobe Corral Architects. Both homes were built by the same husband-and-wife team in the 1940s.

“Because it was postwar and there wasn’t a lot of wood available, [both homes] are made of concrete block,” Corral said

She and Jobe moved into their homes in the mid-2000s and renovated them, working to preserve the historic style while also adapting the space for modern life and growing families.

“As architects, we’re always looking for something that’s very clean,” Jobe said of the appeal of mid-century architecture and design. “The detailing was simple and clean enough that we could modify it in the way that we wanted to.”

For her, that meant adapting the kitchen to fit modern appliances and create more counter space and transforming the backyard into an entertaining zone, rather than a purely functional area in which to hang clothes.

Jobe and Corral’s homes are called the “twin houses” on the tour because of their similar histories and styles. Preservation Austin chose them to illustrate how renovations can vary widely while still preserving the home’s history.

“Our solutions are very different. They’re very specific to our needs and personalities,” Corral said. “There’s no one solution to how to renovate your house.

“We want people to come away with not only an appreciation for the houses [on the tour] but also for the cultural histories and personalities of the people who built these houses back in the day,” Derrington said.

The event runs from 10 a.m. to 4 p.m. Tickets are $25 for members and $35 for non-members. (Online ticket sales end Friday at noon. Day-of tickets will be available at various tour locations.) For more information, call Preservation Austin at 512-474-5198 or visit their website: www.preservationaustin.org. 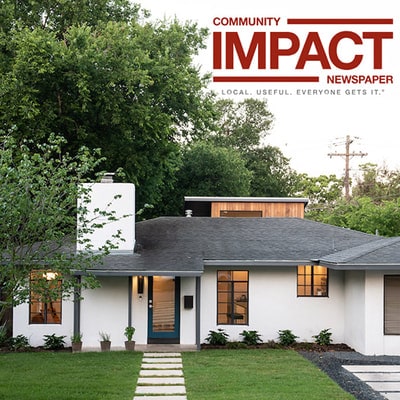 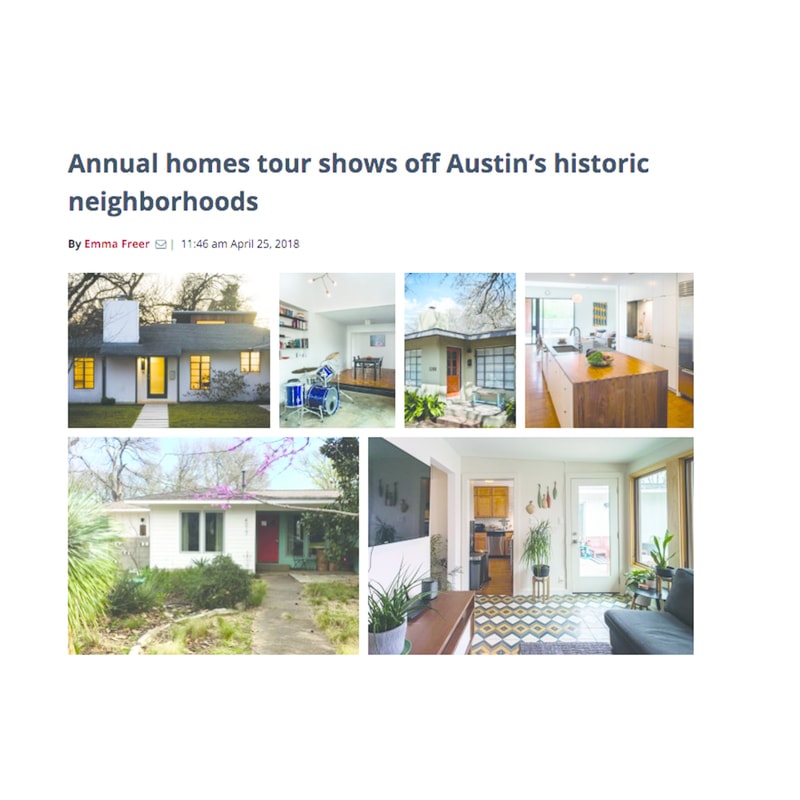 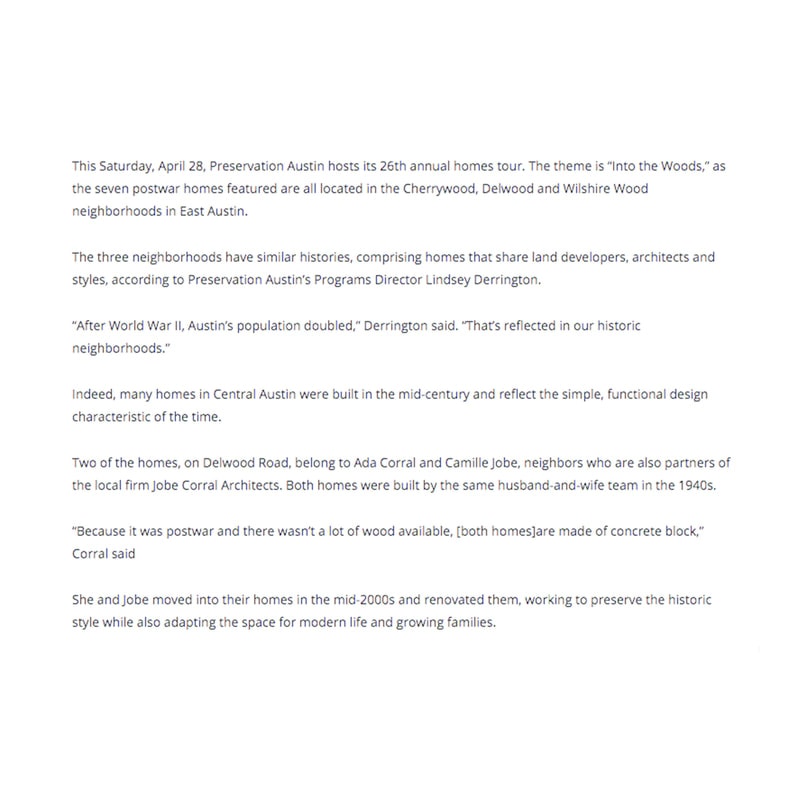 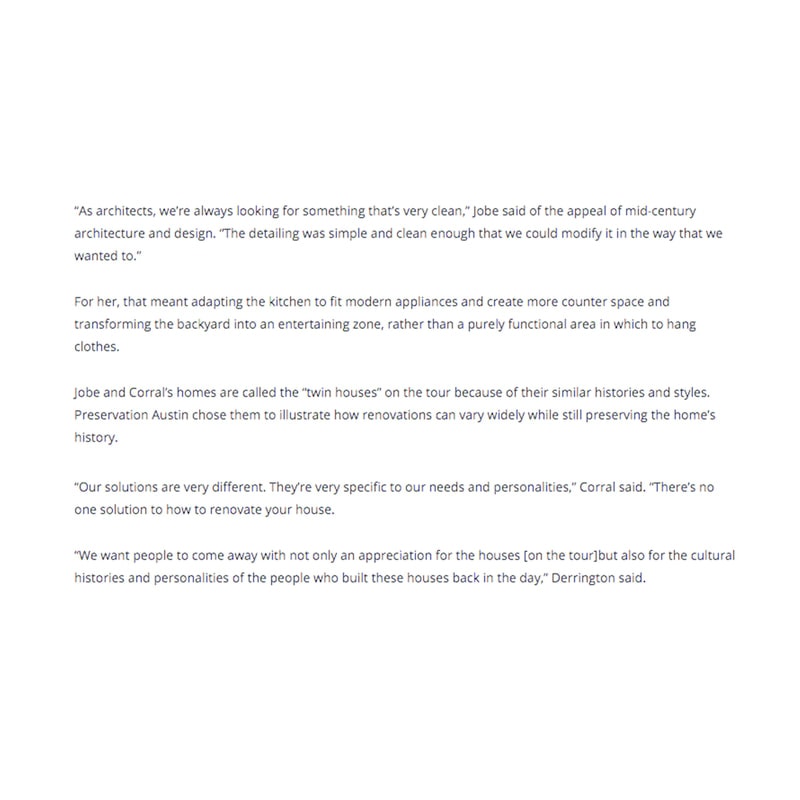